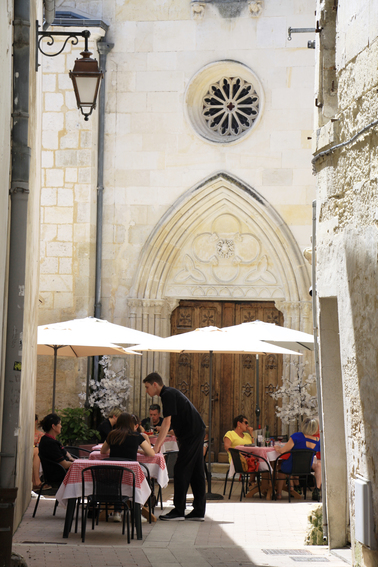 We  have driven past Saintes countless times, either on our way to the Ile de Ré, or heading south. Last weekend we decided to stop and explore Saintes and we were really pleased that we did.The pedestrian centre is the archetypical small French town of our imaginations. The architecture is mostly eighteenth century built of limestone with some great door and gable features. When we visited on a Saturday it was bustling and alive with many small individual shops, shutters above were half closed for protection from the sun. All streets lead to the cathedral which stands as a reminder how France was forged from often bloody conflicts. The cathedral was destroyed several times and rebuilt over the centuries, but enough remains from each epoch to stimulate the interest. There is also a lively market around the cathedral.

A walk up the hill (follow the sign-posts) brings you to a remarkably preserved Roman amphitheatre which we viewed from the road above. In common with many French towns there are infantilising train tours that deposit maybe 70 people at once at attractions such as the amphitheatre. Mercifully the tour soon left and we could admire the place in peace.

We stayed at Saveurs de l'Abbaye, which has pleasant rooms and a good restaurant. We ate outside on the terrace with French families, and couples and one table with a solitary diner. He was probably about 50, and took a huge interest in each course, even sending a half bottle of wine back as it was the wrong year. We became convinced that he was a Michelin inspector, but decided not to blow his cover by asking him. Next to the hotel is the Abbaye of Saintes which is worth exploring, as is the carousel of sound though sadly it was closed when we were there.

Saintes well worth a detour. 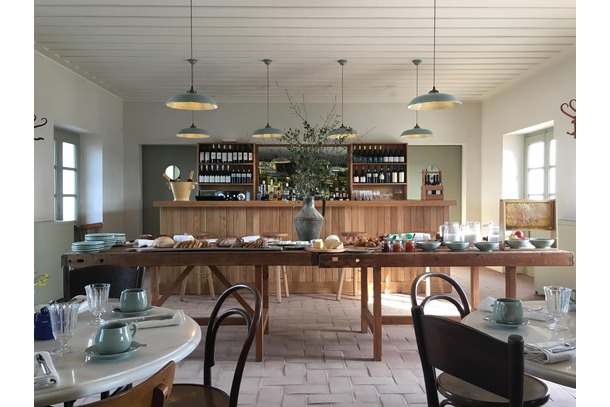